North from Buenos Aires and Back. New trip

I am planning a trip in a couple of weeks time with a friend from the UK. We are hoping to head up to Peru and then head east into The Amazon. After some rough riding we will take a series of boats down the Amazon to the Atlantic. If we make it this far the plan is to head north into French Guyana ant eventually into Venezuela to see Angel Falls and then into Ecuador to visit the Galapagos Islands before heading south and back to Buenos Aires. We have allowed 4 months and there will be a lot of 'suck it and see. I have included a Google Maps link of the rough route.

El Dakar about time that I got a post out 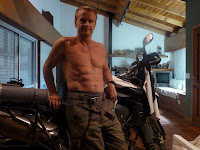 Headed west for the New Year to watch the Dakar. Found a place where they let me put the bike. Do not ask why my belt is undone! 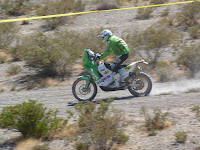 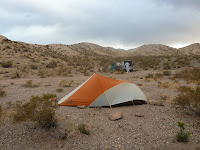 Headed for San Rafael close to the Chilean Border and then decided to get a full day of spectating at Uspillata. What I did not realise was that it was at over 2000m and with my history of altitude sickness I was going to have problems. Surprise surprise I was really ill and some locals from Mendoza were good enough to look after my kit and even take it into town after the Rally had passed. I just had to get the bike there. It is amazing how the competitors handle the terrain and in the 39 deg heat. The motorcylists are super human.
After a night in a hotel I was 400% better and decided to head to the Chilean Border so that I could renew my Argentinian documentation. I left late afternnon to avoid the crowds returning after the Dakar and met a couple of Italians, Massimo who was working on developing an Eco Village and his mate Fabio and I kipped the night on the floor at their digs. I also met Geoff who was following the Dakar on a heavily laden 250. Geoff is a pilot in The Falklands.
I returned to Buenos Aires over the next couple of days having learnt a lot about loading and riding Daisy.
Posted by darby at 12:42 No comments: